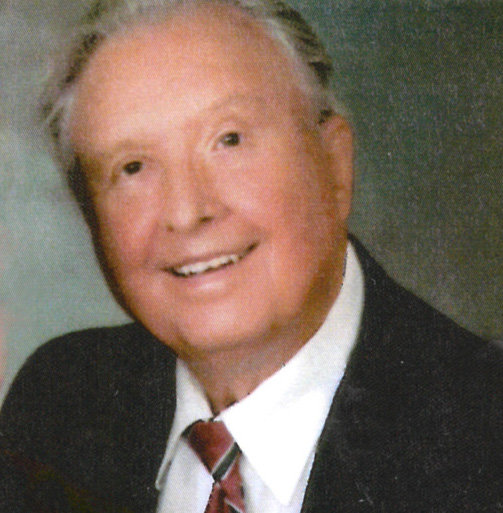 John was born April 13, 1926, in Dunkirk, Kansas. John was the last born of twins in the living room of the house where his brother lived. They lived a quarter mile away from each other in the booming mine town called Dunkirk. The twins (known to this day as "The Babies") were named after their Uncle Louie and Grandpa John. Their names were soon reversed (Johnie became Louie, and Louie became Johnie) because the twin named Louie cried all the time – now known as Johnie. Their father was a miner. Their mother's name was Baima before she married their father, Joe Baima. Baima is a very common Italian name. Although their parents were born in Italy, they met in Kansas. Italian was the twin's first language.

As children, they loved to play baseball (pitcher and catcher). If a brawl broke out, the twins fought as a team. You could not pick on one of them, or you would end up fighting both of them.

Along with their older brother, Joe, they attended Frontenac High School. The twins joined the Army together and walked the Burma Trail crossing into China during World War II. They were lucky to serve in a platoon that had a member who loved to cook. He would take K-rations and create dinners better than the officer's meals. Sometimes, the Japanese got to their rations before the troops did. When that happened, they ate nothing for three days. In 2022, John was awarded the Congressional Gold Medal– something that he was very proud of.

After the war, they worked at the ammunition plant in Parsons as inspectors for the Air Force. John's life was interrupted at age 21 when they went hunting. Less than a mile from home, he lit a campfire. Hidden blasting caps exploded, leaving John blind and injured. The doctor wanted to save John's life by cutting off his right arm. His brother, Joe, refused to give permission. John was in Kansas University Medical Center, Kansas City, and blind for over a year. After three surgeries, John could see with the use of contacts.

John married Anna Mae Eichorn, and they were blessed with three children, Mary Ann, Johnie Louis, and Debra Sue. Together, they built a home and raised their family.

John went to work in Pittsburg at Mt. Carmel Hospital in the Maintenance Department. The vice-president asked John to start a storeroom, later known as the Purchasing Department. His first "storeroom" responsibilities were buying and organizing supplies, setting tractions, and maintaining oxygen. The job had so many head-aches that John quit 12 times in the first year. Every time the administration would not accept his resignation and talked John into returning to the storeroom. Forty years later, John finally quit; he retired.

In 1974, tragedy struck again when Anna Mae was killed by a man who was robbing their house. The robbery was to sustain a drug habit.

A year later, in 1975, John met the second love of his life, Lois. They remained partners in life for the rest of his life (over 40 years). Together, they fulfilled John's dream of making connections with his relatives in Italy. John and Lois went to Italy four times. John was blessed to sit in the church where his mother prayed to go to America and have a family, who was John and his brothers.

John had a personal relationship with Jesus Christ. He talked with Jesus frequently. God touched John's body and healed him many times: his heart condition, his paralyzed stomach, and his eyes improved as he got older. When things would happen, John would get on his riding lawn mower and talk loudly with God, whether it was snowing or not. The song that tells the story of John's life and how he was changed into a follower of Christ is "If You Could Only See Me."

He was preceded in death by his parents and two brothers.

A funeral service for John will be held at 10:30 a.m. on Monday, Sept. 26, at the Brenner Mortuary, with Gary Crawford officiating. Burial will follow in the Garden of Memories Cemetery. The family will receive friends from 2 p.m. to 4 p.m. on Sunday at the Brenner Mortuary, where friends may call after 10 a.m. Sunday. Online condolences may be left at www.brennermortuary.com.

Arrangements are under the direction of Brenner Mortuary.