Meet the new chief in town

Initially appointed as the interim fire chief in September, after Chief Dennis O’Reily announced his retirement, Taylor Cerne (pronounced Chur-nee) officially became chief on Monday, Nov. 14.  A 17-year veteran of the Pittsburg Fire Department, Cerne began his fire career at the age of 20 while working at a grain elevator in Labette County when his boss asked him to volunteer with the Hackberry-Bartlett Fire Department in 2001.

This item is available in full to subscribers.

If you are a current print subscriber, you can set up a free website account by clicking here.

Otherwise, click here to view your options for subscribing.

CATCHING UP WITH .... Joel Kafka 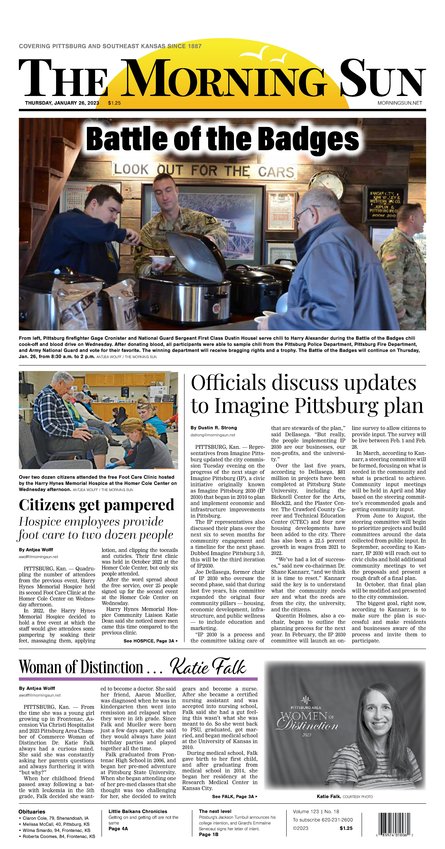